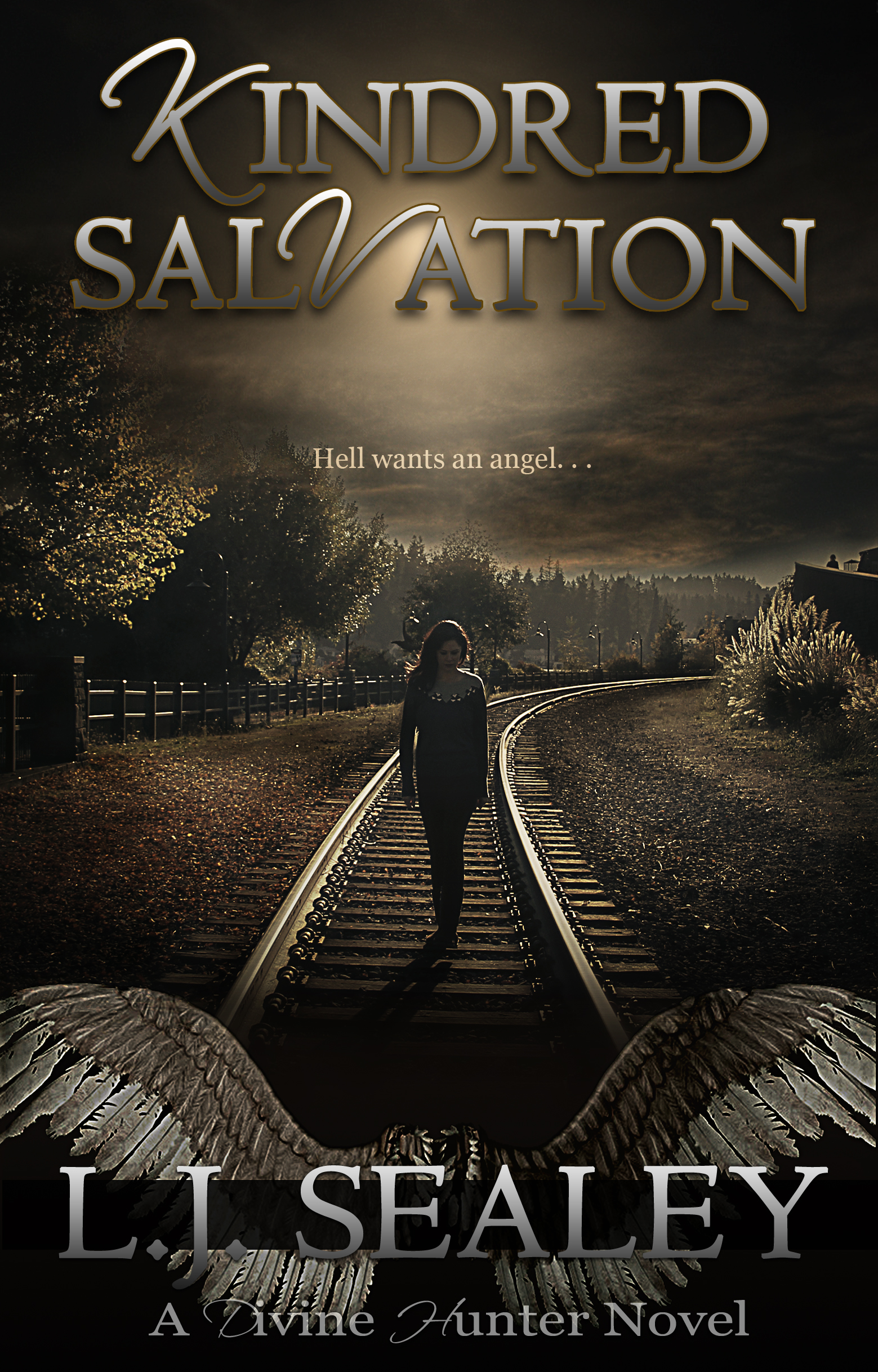 Against her better judgement, Lacy Holloway is getting used to her life with Michael, but falling deeper in love with him is only bringing more uncertainty about their future together. And then there's the other little problem: God only knows why her dead sister is still hanging around, but she is secretly glad. Living with the man she loves, and having Beth back in her life, Lacy is hiding her concerns behind the normal life she so desperately craves.

Things have been quiet in Oakland, but calm wasn't usually on Michael's radar, and for good reason. Now the dead are stirring and when Michael and Jaret discover a mass grave in Cincinnati they suspect Varesh has returned.

Their suspicions are heightened the moment Michael comes face to face with a past he knows very little about, and that past comes with some shocking news. Overwhelmed by what he's learned, and desperate to stop his evil enemy, Michael finds himself on the hunt for a woman who is closer to him than he could have ever imagined. But if Hell finds her first, the repercussions will be devastating, not just for Michael, but for the whole of mankind.

Who will get to her first? Angel or demon? The hunter just became the hunted. . .

Evan O’Reilly was used to fighting demons. A bounty hunter for the underworld, he was always precise. Efficient. Ruthless. But that was before he had to battle with his own.

Being a powerful deity had its advantages, and Alethia, goddess of wind and shadows, was thankful she could watch over her friend completely undetected. That was, until his carelessness began to garner the wrong kind of attention, leaving her no choice but to step in.

Now, Evo is being hunted by his own kind, closely followed by a revenge-hungry demon. He is on the run, and Alethia is running with him. While passion ignites, and tension threatens to tear them apart, they discover that there is something far more sinister after Evo’s soul. As Alethia fights for him, she is forced to face an agonizing truth: to save him, she may have to lose him forever.

*Contains some Adult situations and is recommended for age 17+*

**Book 1 in the Divine Hunter series, Awaken, is FREE on eBook** 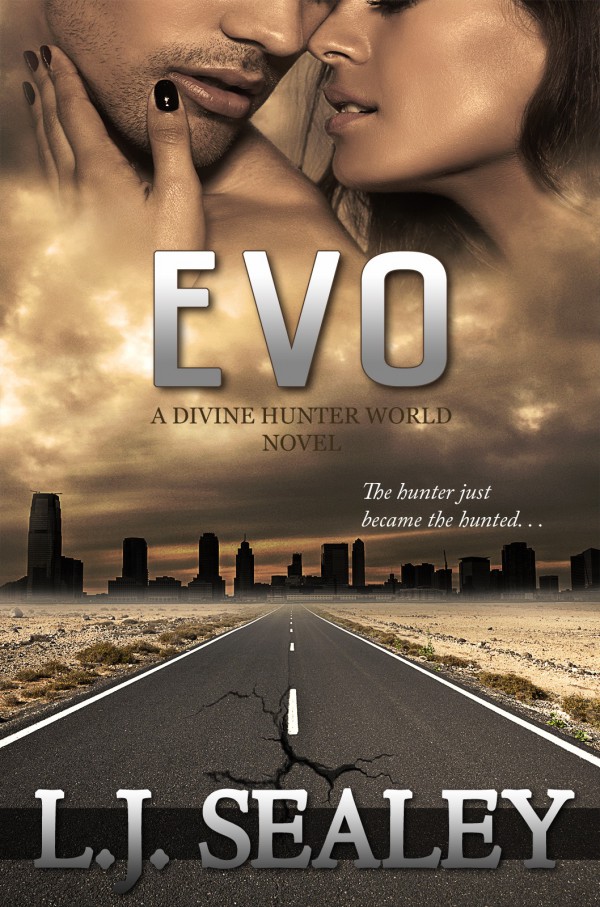 The cover for my next novel 'Evo' has finally been revealed. I've been sitting on this for far too long. I'm so glad I'm able to share it eith everyone now. 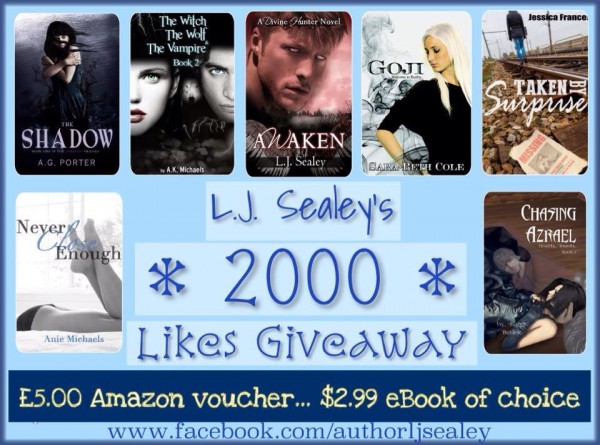 For your chance to win some great eBooks by some great authors, head over and enter my 2000 Facebook Likes Giveaway: 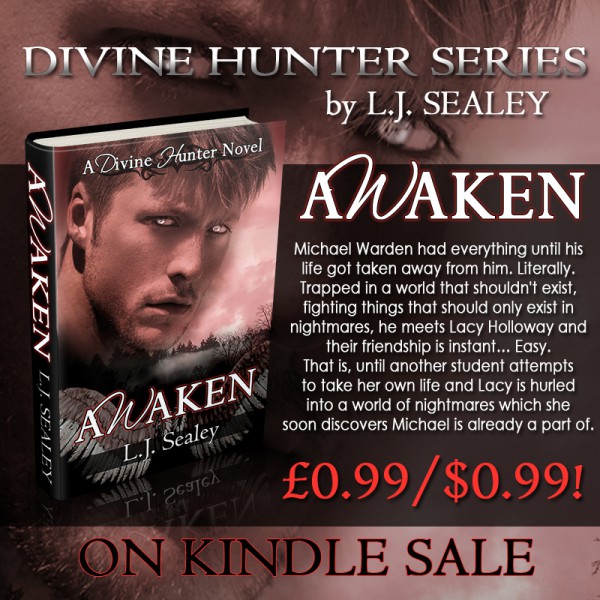 Here is the global Amazon link. Well, let me start by saying WHERE DO I GET ME A NATHAN??

I was lucky enough to read an ARC copy of this book and I have to say, Lara has done it again! Just when I think these books can't get any better she releases another and then that one goes to the top of my list as favourite Midnight Breed book. This was no exception. I thoroughly enjoyed every minute of it and Nathan has now overtaken Kellan as my favourite Breed vamp.

When I read the last book, Edge of Dawn, I went into it not knowing how I was going to feel about the skip into the future but Lara really executed it well giving the whole series a brand new feel. Meeting the new generation of the Order was exciting and fresh but we still got to see a little of the original characters that we love so much. Crave The Night was even better than Edge of Dawn. The storyline was solid, the new characters are becoming more familiar and Nathan and Jordana's story was a thrilling ride that I really didn't want to end. There was plenty of action, romance and a very satisfying amount of steam.

And can I just say that Nathan is... well, HOT!

We first met Nathan, Corinne's son, in book 9, Deeper Than Midnight, after he was rescued by Corinne and Hunter from the Order's biggest enemy Dragos who had bred Nathan to be a lethal assassin. I liked his character then, and even though we only saw a bit of him, he was intriguing and I knew his story was going to be an interesting one. The chemistry between Nathan and Jordana felt very real. We got a little glimpse of that at the end of the last book and I was looking forward to seeing where it went. Lara didn't disappoint. She just knows how to write a great 'steamy' love story, and this one was maybe even more sizzling than any of the others. At the same time she manages to keep the storyline of the Order and the Breed moving alongside the romance. I was gripped from the very word go and fell in love with Nathan pretty quickly.

Now all I need to know is WHO'S NEXT?

I can't recommend this book enough, and if you haven't read any of the books in this series yet I suggest you do, and quickly, so that you can hurry up and get to this one!

I enjoyed this instalment so much that if I could give this 10 stars I would!

Another Fantastic Story From The Order of The Black Swan! Gathering Storm is the fifth instalment of Victoria Danann's Order of The Black Swan series, which, I have to say, has quickly become one of my favourite paranormal romance series. Book five continues right where Moonlight left off, as is the case with all of the others. Lithe and Storm are enjoying their unusual baby girl, Elora and Ram are living at Jefferson Unit with little Helm because it's safer for them while Elora is being hunted by Reglenclan. Jefferson Unit is going through some changes and while Sol is on vacation, glen is left in charge with the help of Storm. All is going well until Deliverance is supposed to take Storm to Jefferson one morning but somehow loses him in the passes.

“'Tis a good thin’ that Stormy and I put the bad in Bad Company, else the two of us might be intimidated by unhappy mates standin' o’er us with mean faces and hands on delectably curvy hips.”

I actually think that this is one of my favourite storylines so far. The idea and the way it's been executed is really great. I won't go into too much detail, but with the introduction to a surprising new character--one I really hope we see again and who gets a HEA for himself--I was amazed at how Danann kept things so different with him. (Those of you who've read it should know what I mean) His introduction was great and also the way he changed throughout the book. I also really loved the relationship between him and Rosie, especially with it being under such strange circumstances. I was really routing for the guy in the end.

We also get to know Z team a little more in this book and although they're not in it that much, it's got me interested to see them again in the future. We're also introduced to some of Jeffersons trainees, a few of which I can't wait to see again and watch them grow into fully fledged Knights of the Order.

When she removed her hand, there was a key sitting on the shiny black slate. Holding the cuffs toward Deliverance, she said, "You will use these. When you arrive with our guest, I’ll unlock the cuffs." Deliverance knew he had made an even bigger mess of his mess, but couldn't help being who he was. So, picking up the cuffs, he said, "And you just happened to have these lying around because..." "It was an inside joke between my husband and me. You remember my husband? THE ONE YOU LOST!”

What I love about Danann's writing style is, well... everything! Particularly the strong character development. You really do feel like you know each and every one of them and with each book I feel like I'm visiting old friends. I love the camaraderie between them all and it really feels like a real family unit. I also love how the main characters from one book also get to play a part in the next and are not sidelined, even if it's just for a few scenes. The way she structures her stories is really a testament to her talent. The plot never let's up and each instalment is packed with suspense, humour and love.

There is so much going on in each story that you never want to stop turning the page. I've had difficulty putting down every book in the Order of The Black Swan series and Gathering Storm was no exception. In fact, it was worse with this one! I got absolutely nothing done until I'd read the last page. If you haven't read any of the Order of The Black Swan series then I highly recommend that you do, but be sure to read them in order. I'm so looking forward to book 6, especially after that sneak peek of Chapter 1 at the end of the book!